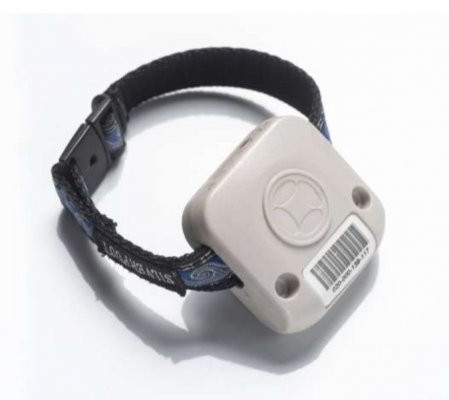 Technology used at BMW’s assembly line is transferred to a new fall alarm for seniors that can accurately indicate if an elderly is at increased risk of falling.

Declining cognitive function increases the risk of fall. The possible causes are medication, lack of sleep or dementia. This is a disturbing safety problem for elderly who live alone at home, or at assisted living facilities where it is not possible to have continuous individual care.

Dr William Kearns and the research team at South Florida University have developed a novel fall alarm for seniors that accurately indicates if an elderly is at increased risk of falling. Their method is based on the finding that cognitive impairment is related to the fractal dimension value (a measurement of wondering or directional deviation) in the walking pattern.

For their research, the movements of 53 residents at the Sunrise Village Assisted Living Facility in Tampa were monitored for a year. Via the fall alarm wristbands they worn, the walking patterns of the elderly were tracked by Real Time Location System (RTLS). Automated computerized reports on each resident’s fractal dimension value were generated for study.

Daily examination of each reports allowed administrators to detect increasing signs of wandering of an elderly and find out the cause — such as change of diet, medication or sleeping habits. By taking action and making adjustments in time, the elderly’s navigation could be improved and ultimately prevent an impending fall.

RTLS was created by Ubisense and is currently used by BMW’s assembly line to help the operation runs more efficiently.

RTLS is much more accurate than GPS and updates 100 times per second. It pinpoints one’s location, indoors or outdoors, within six inches. GPS is limited to the outdoors and has a one-meter resolution. RTLS is most effective for open floorplans because obstacles in the walking path may affect accuracy.

Dr Kearns is the president of the International Society for Gerontechnology and associate professor at the University of South Florida College of Behavioral and Community Sciences.

Dr Kearns believes the fall alarm technology will eventually be used in at-home care. He presented his findings at the International Society for Gerontechnology 11th World Conference on May 7, 2018.